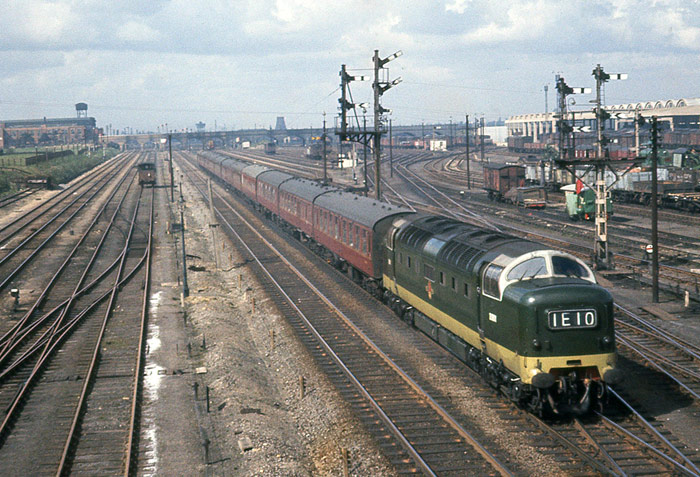 Just eight months after its introduction to the East Coast Main Line, Deltic D9011 approaches Spital Bridge on the 14th April 1962 with the 1E10 11:50 Harrogate – King’s Cross service. Just over a year after this photo was taken, the engine was named “The Royal Northumberland Fusiliers”.

In 1969, D9011 was at the centre of an “excessive speed” derailment near Morpeth that killed six people with only the engine itself remaining on the tracks. It was renumbered 55011 in 1974 and worked through to its last service train on 5th November 1981, after which it was withdrawn three days later before being cut up at Doncaster in December 1982.