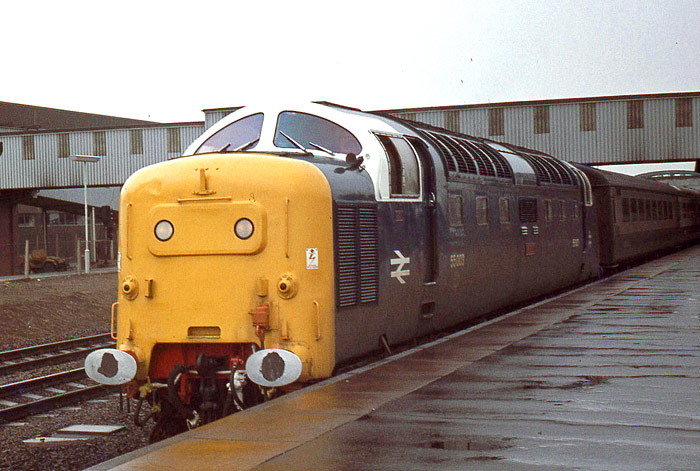 Class 55 Deltic #55003 “Meld” waiting with a northbound train at Peterborough shortly before its withdrawal in late 1980.

“Meld” was the first of six Finsbury Park based Deltics to carry the distinctive white cab colouring, applied in April 1979 by staff at the depot after hearing that the fleet of Deltics was to be withdrawn. The white cab marking dated back to the early two-toned green livery of the early 1960s fleet.

“Meld” made her final journey on 29th December 1980 when a coolant leak based failure hastened her withdrawal the following day and her eventual demise via the Doncaster cutter’s torch in March 1981.