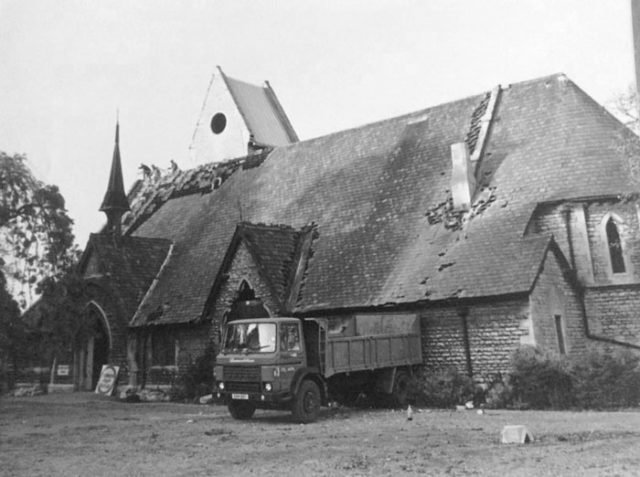 The demolition of the original St Mary’s Church on New Road in 1990. During the twentieth century, the old Church began to fall into a state of disrepair and the upkeep of the bricks and mortar, together with the problems of heating and leaks, led the congregation regretfully to consider building a modern church in its place.

The last vicar of the old Church, James Bates, who had previous experience in the building business, put forward a plan of selling the old Church and surrounding prime land to new town developers, in return for a new Church to be built by them for the Parish. This was eventually agreed and the last service to be held at the old Church was on 22 October, 1989. 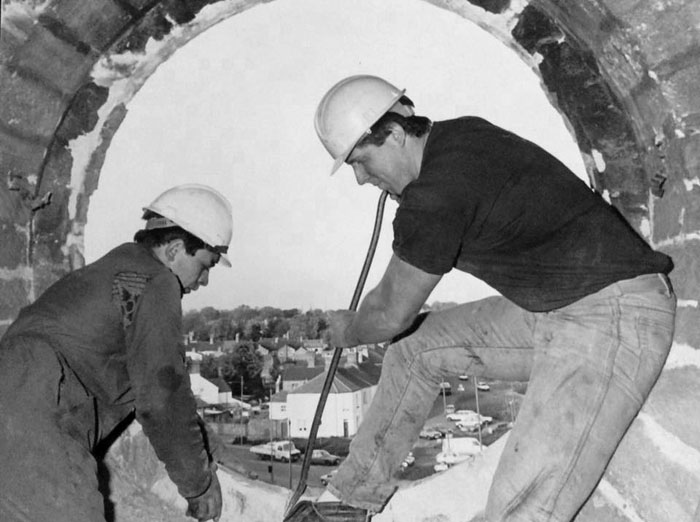 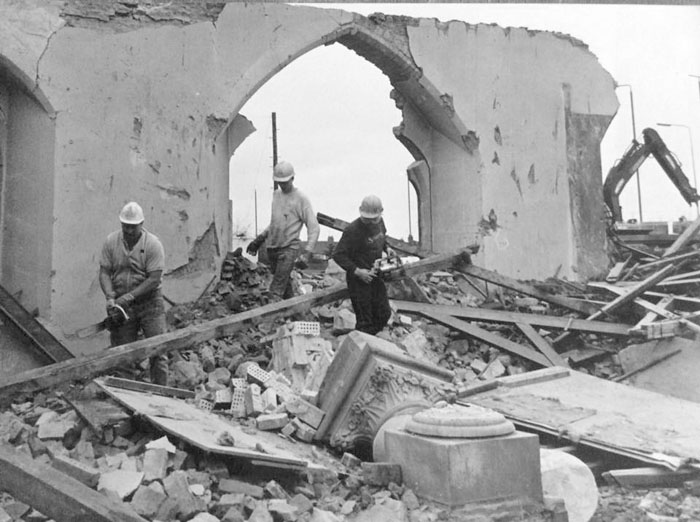 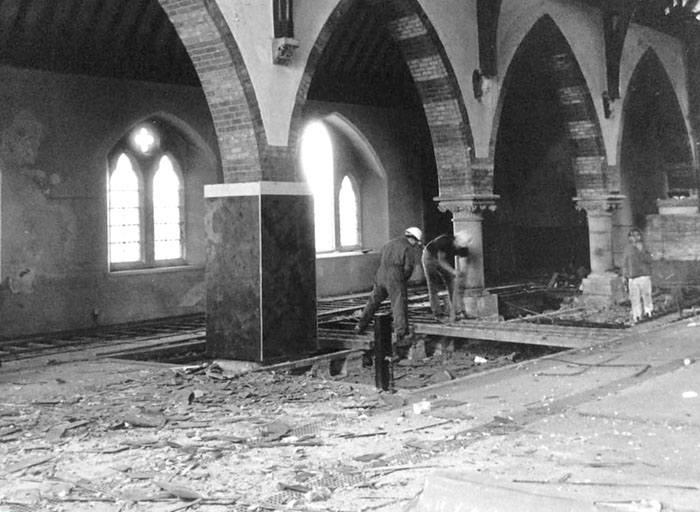 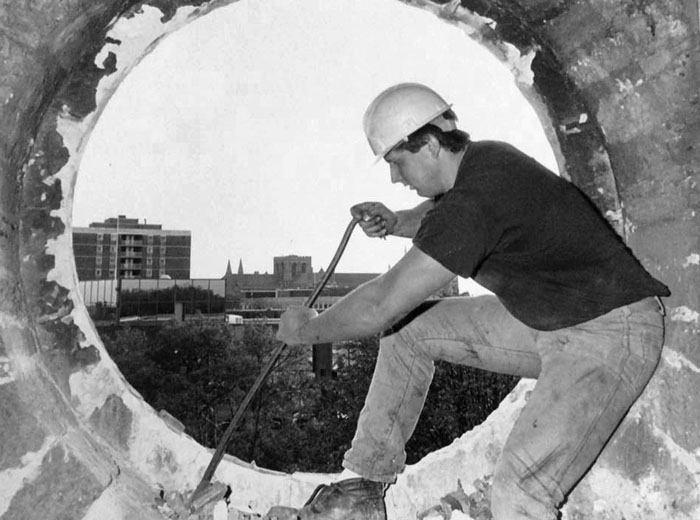