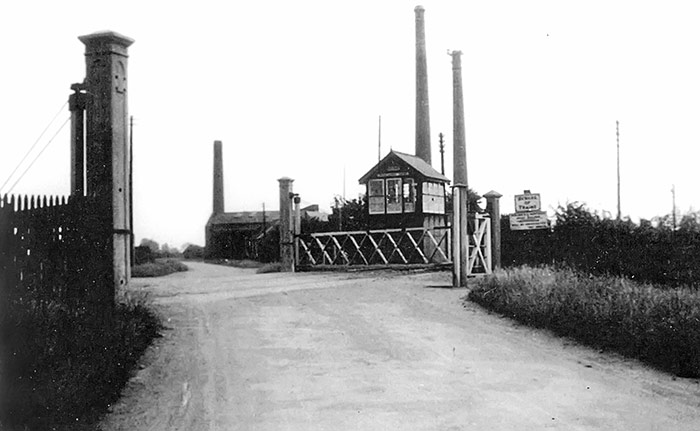 Today (2014) you would be approaching the Dogsthorpe “Household Recycling Centre” (aka “Dogsthorpe Tip” !) on your right with the line following almost precisely the road into the facility. Just through the gates on the immediate left is Newborough road which used to branch off at this point before the Paston Parkway and new A47 were constructed which removed this junction …… although the short length of truncated road is still in existence in the undergrowth next to Welland road. The chimneys and buildings in the distance were the Star Pressed Brickworks.

The railway was closed to passenger services in late 1957 although a daily “brick train” continued to work eastbound from the Dogsthorpe Sidings into the 1960s.