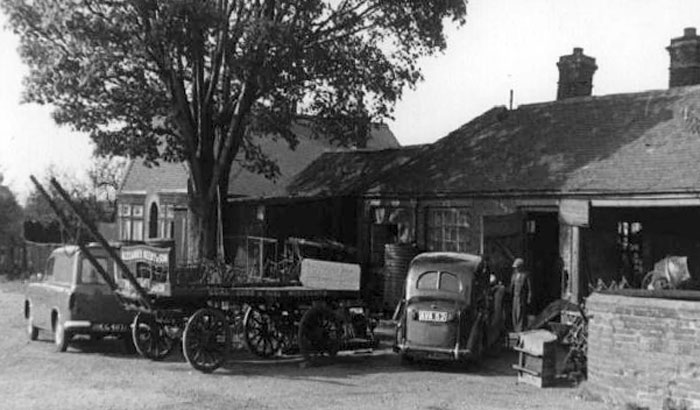 Haven’t been able to work out where The Smithy was other than it was in Dogsthorpe but Nigel Dickinson adds …… “the Smithy at Dogsthorpe was on the corner just along from the old Bluebell Inn.  At the time of the photo, the blacksmith was Mr Starling (Frank, I believe) helped by his son John.”