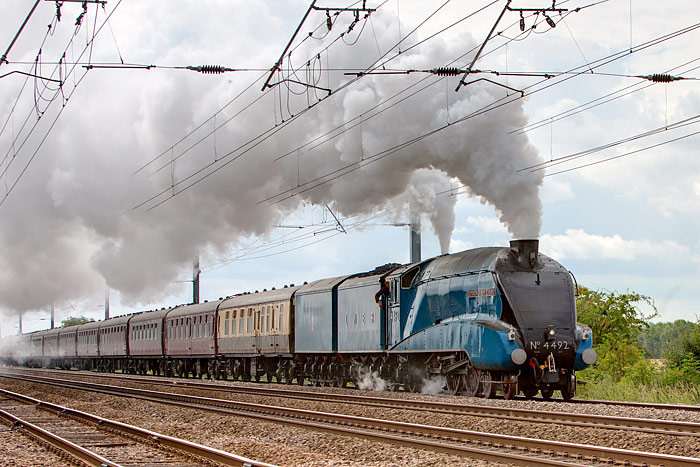 The magnificent blue livery of A1 Pacific 4492 Dominion of New Zealand storming up hill through Helpston (top image) on the morning of 9th July 2011 and then back south on the evening of the same day (lower two images).

Despite appearances, the engine is actually 1937 built A1 60019 Bittern which did indeed sport this blue livery between 1937 and 1940 when it was forced into wartime black livery. The engine served British Railways up until September 1966 and was immediately saved from the cutter’s torch and moved into static preservation until 2007 when it returned to steam and, by year end, back into mainline charter service.

It is anticipated that the engine will return to its original ID in 2013 but, until then, the long lost blue New Zealander will become a regular and welcomed site on UK mainlines. 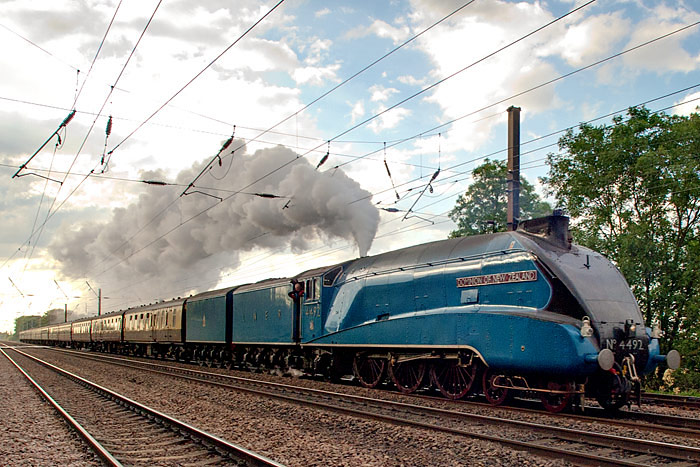