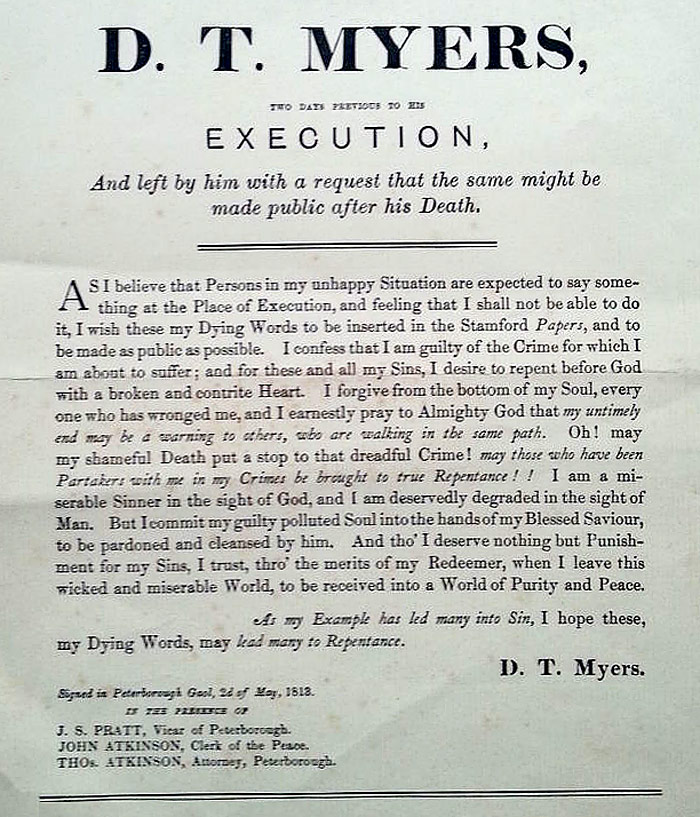 A fascinating notice printed after the death of DT Myers who was executed at the fengate Gaol in 1812. His crime was an act of homosexuality !

Stuart Orme adds, “David Thompson Myers was the last man to be executed in Peterborough, hung in public in May 1812 at Fengate. He was held in the Abbot’s Gaol (lately Reba on Cathedral Square) and according to the accounts in the Stamford Mercury was hung in front of a crowd of 5,000. (Bear in mind the population of the city was 3,500) His ‘crime’ was Sodomy – this was the era of the ‘Bloody Code’ where over 200 crimes had the death penalty, including homosexuality. He was found guilty of a homosexual act in Burghley Park (the other chap got away).
This sort of confession was given to the witnesses cited at the bottom who printed this up and sold it to the crowds at the hanging – as was normal – as much as a souvenir!”