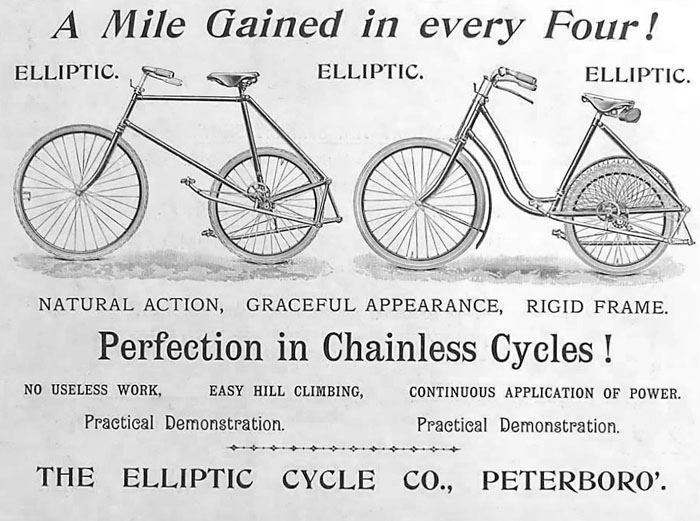 An 1897 advert for Peterborough’s Elliptic Cycle Company of 13 Brook Street ….. who were hoping to launch an improved style of bicycle.

Their idea was based around a chainless safety bicycle in which the rear wheel was driven directly by a “sun-and-planet” type motion with the pedals attached to the ends of long levers in such a manner that they moved through a “graceful” oval path.

Clearly the idea never caught on !