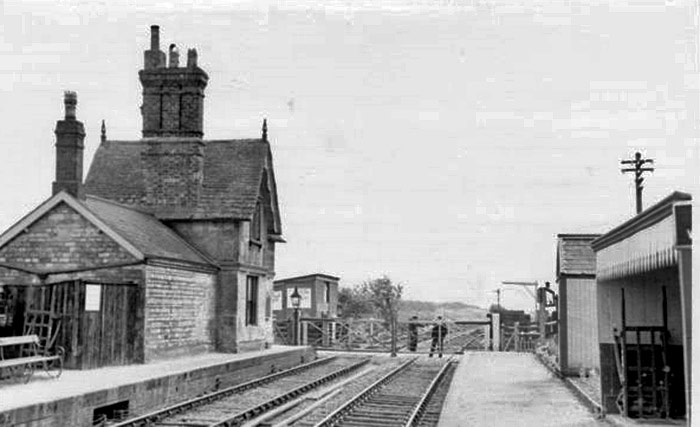 Elton was the last station along the line before crossing the border into Northamptonshire towards Oundle.