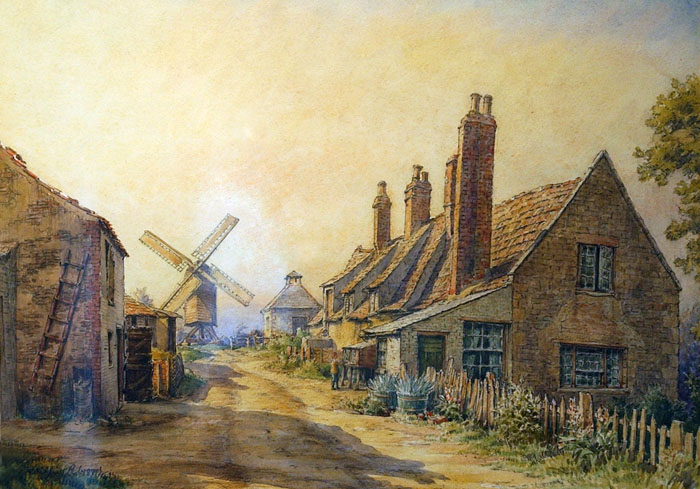 Also known as Peterborough Post Mill, it is thought to have been built in the eary 1700s and it ceased work in 1903 but remained in a semi-preserved state, minus the sails, until it was destroyed by fire on the 9th May 1919. The surrounding buildings were eventually lost under the Frank Perkins parkway.

The exact site of the mill would be very close to the end of Atkinson Street off Star Road and would, today, sit alongside the Parkway just as the eastbound sliproad down to the Boongate Roundabout starts.