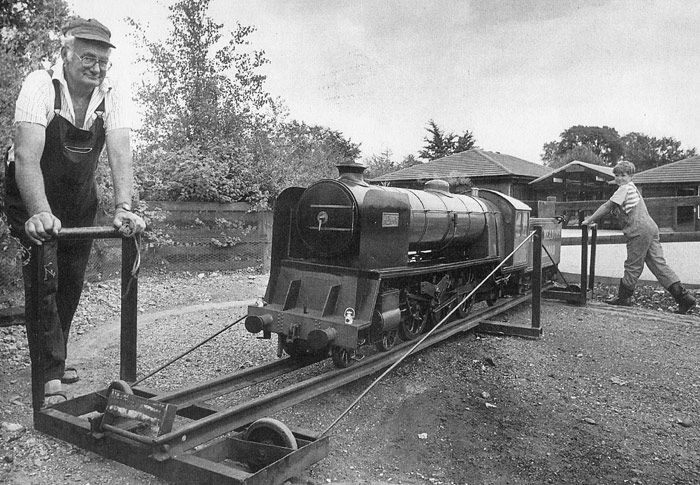 The popular 4-6-4 “Henry” steam loco from the Ferry Meadows Miniature Railway. The 10.1/4 inch gauge railway opened with the park in 1978.

“Henry” was built by Nottingham based Ernest Dove, a road haulier who in his spare time built no fewer than nine miniature gauge steam engines between 1940 and 1953.  “Henry” was built by Dove in 1949 as “Commodore Vanderbilt” and was based in North Wales where it was initially owned by boxer Randolph Turpin before relocating to Skegness in the late 1950s and then on to Ferry Meadows. The engine is now in private ownership.