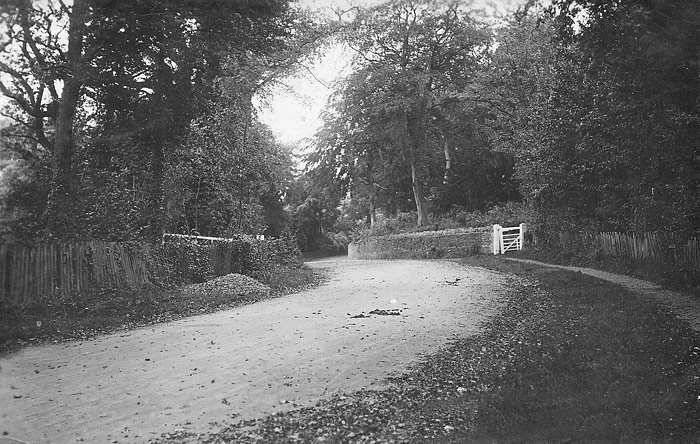 A mystery 1922 image labelled “Robbers Gate” on Ferry Road, Milton Woods but it isn’t clear exactly where this is. The image was reproduced on an Edwardian postcard by Harrison “Postcard” Smith of Westgate.

Mark Smith adds, “Its on the A47 just past what was Thomas Cook and is now buried under the parkway going west. If you go on the cycle path along side the A47 towards Milton Ferry bridge you go onto what is left of it now. Was previously where the dual carriageway started/ended and was a notorious accident black spot.”

Desmond Stapleton also adds, “I grew up in Longthorpe and the gate on left went into Bluebell Wood while the gate on the right went into Milton Park. There were several people killed on that bend”.