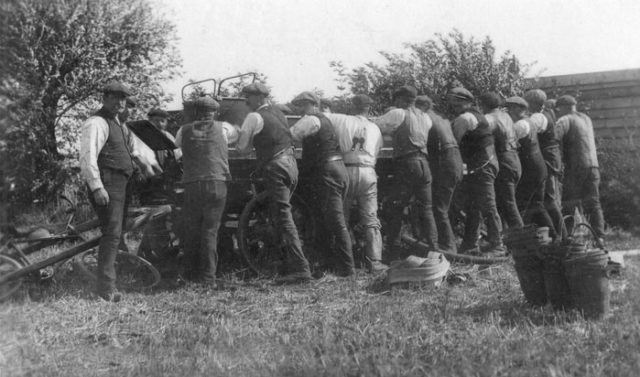 Tim Rogers adds …… “Farmer Frederick Grocock married Elizabeth March and brought up Annie Elizabeth Smith, and Sidney her brother. The Smiths were too poor to raise all their own children, a not uncommon situation at this period. Fred was a cabinetmaker, school attendance officer, superintendent of the cattle market and usher of Peterborough County Court. In the 1891 Census he was working as a Cemetery Rate Collector and lived at Ebenezer Cottage Cavendish Street. He later owned the farm at Milking Nook.”