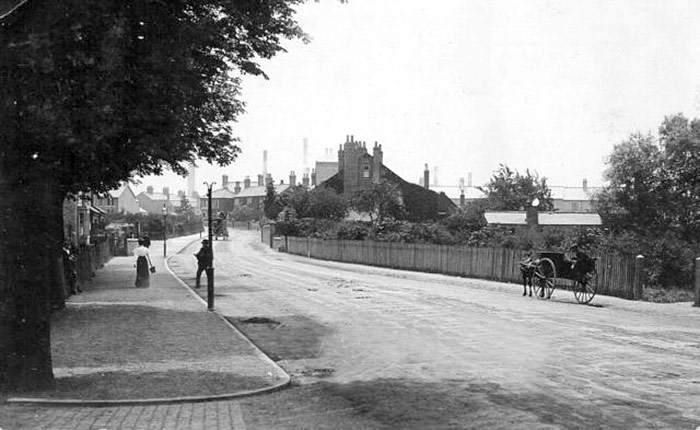 An undated image marked as Fletton Spring but I’m not certain exactly where that was !

According to Wikipedia, Fletton Spring rises in the west of the area near Celta Road but soon disappears underground, re-emerging near Fletton Fields before being fenced in again and eventually merging with Stanground Lode in the east.

Robin Clark adds, “I wrote the original bit on Fletton Spring from Wikipedia – my one and only contribution! Me and my friends spent some time mucking about in the spring (early 1980s), following the water course from its junction with stanground lode and through to what is now Fletton fields. It was a semi-natural water course back then, not enclosed like it is now. the tunnel under glebe road was great fun to explore with wellies and torches! Can’t do that nowadays!

As for the photo I believe that it is of Fletton Avenue, looking southwards from approx. junction with Fairfield Road. You can see the Fletton brick works in the background.”

“I’ve just found the house I now live in, in the Fletton section of the website and the picture of Fletton Spring added October 7, 2013. You’re completely right in your caption, it is Fletton Avenue and the junction with Fairfield Road. Here is a 2014 version taken at the junction of Fletton Avenue and Fairfield Road (see below). Some of the original Victorian buildings can still be seen in the background but, of course, there are no brickworks anymore.” 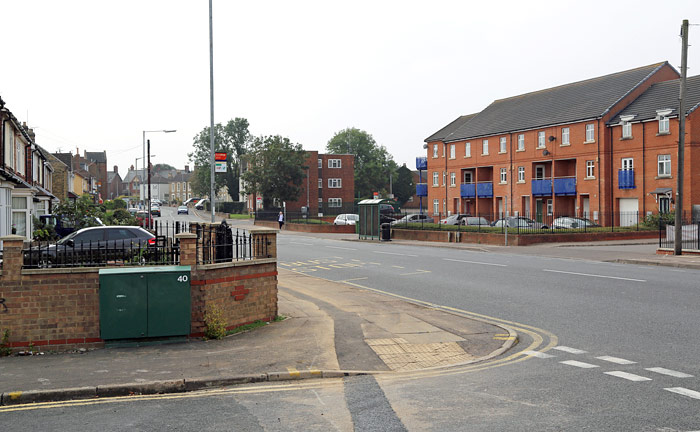