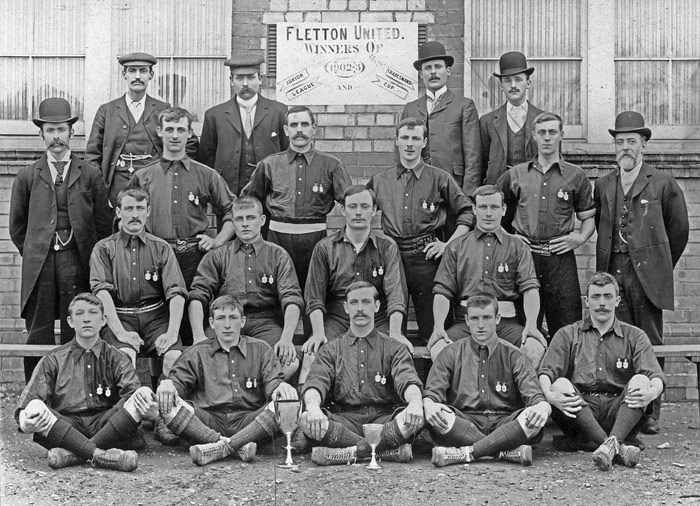 Huge thanks to Tony Wilson for this wonderful photo of an evidently successful Fletton United FC of 1902/1903, winners of the Junior League and the Tradesmen’s Cup.