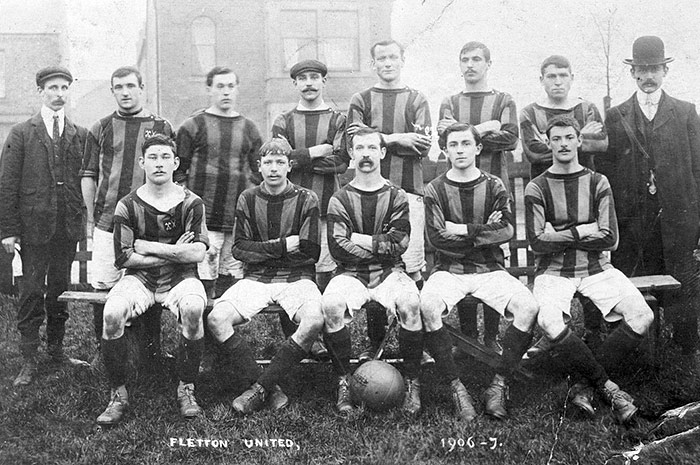 The picture was taken on 2nd March 1907 after Fletton had beaten Wellingborough Redwell 5 – 1 at London Road.