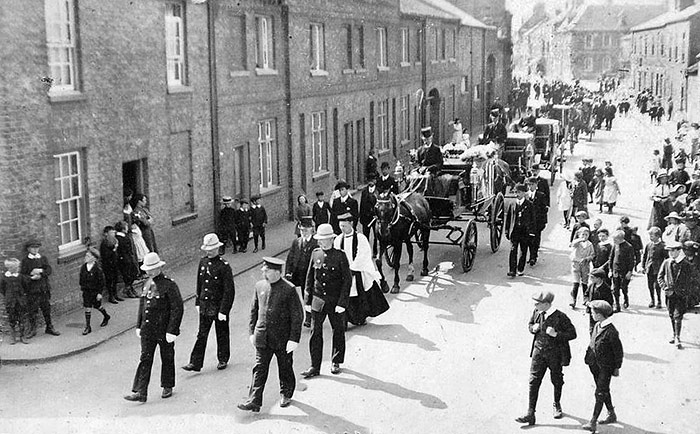 A funeral procession through the streets of Whittlesey in 1914 for Corporal 915 Arthur Rawson of the 1st Cambridgeshire Regiment.

Rawson was thought to be the first UK soldier ever to be killed by “friendly fire”, not on the European battlefield but at his billet in Romford on 8th August 1914.

After a turn on guard duty he returned to his billet with colleague Private 1547 Alfred Davis. The two men laid down in their bunks and, somehow (the subsequent enquiry could not establish exactly how) a live round was triggered. It was thought that a button on Davis’s great coat had snagged on his trigger – which unfortunately had a live round on board – and the discharged bullet entered Corporal Rawson’s thigh, severing his artery and resulting in him bleeding to death very quickly.