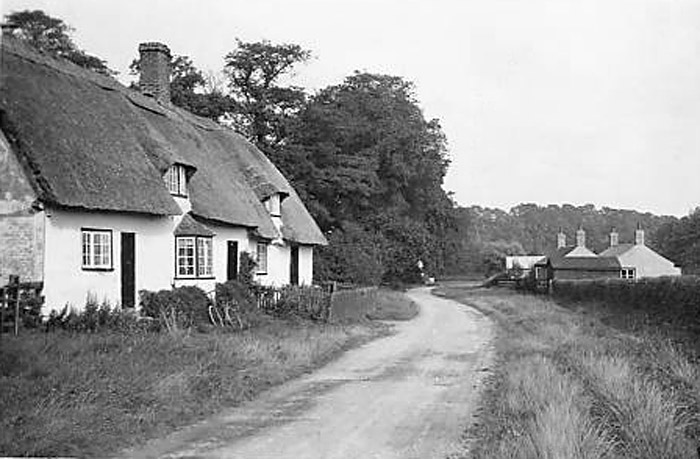 A quiet rural scene in Glatton just off the the A1 north-west of Sawtry. No idea of date but Alan Haverly of East Sussex adds ……..

“This is of a set of cottages in High Haden Road, known at the time as ‘Cole’s Cottages’, as they were owned by a Mr & Mrs Cole. The picture I believe is from around 1940, or maybe a fraction later as the bungalow on the right of the picture was built in the mid 1930s and lived in during the 1950s and 1960s by the Herbert family.

The fact that the lane is not looking too well kept gives great suggestion to the 1940s period. My own parents lived in a part of the cottage in question during the mid 1940s.”