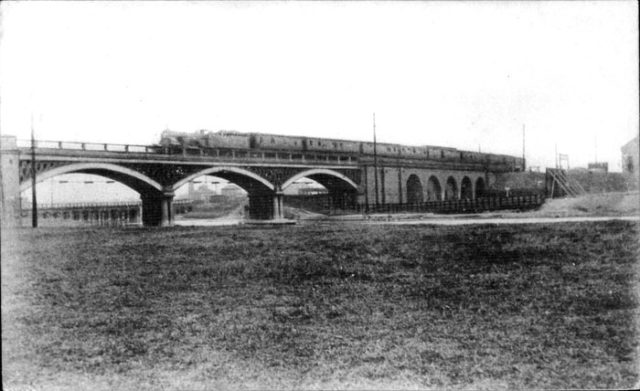 The Great Northern Railway Bridge pictured around 1906. The three-arched, cast iron bridge was built in 1850 by engineer Lewis Cubbitt and rests on two “caissons” sunk into the river bed. The bridge is topped by an ornate iron balustrade and the abutments are built of white brick with moulded ashlar details and some parts have been patched with blue engineering bricks.

The bridge was strengthened with steel ties in 1910 and again in 1914. In 1924, another steel bridge was built to the west in order to double the capacity of the river crossing.

Today, the photographer would be standing at the bottom end of the electricity sub-station behind Charters.