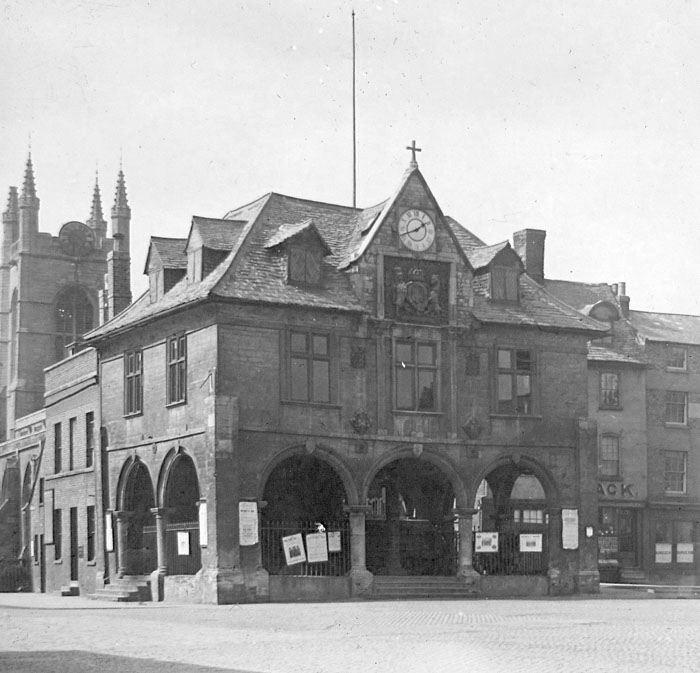 An 1890 dated magic lantern slide showing the Guildhall. The magic lantern was an early type of image projector employing pictures painted, printed or produced photographically on transparent plates usually made of glass. It was mostly developed in the 17th century but was in wide use from the 18th century until the mid-20th century when it was superseded by a compact version that could hold many 35mm photographic slides …… the slide projector.