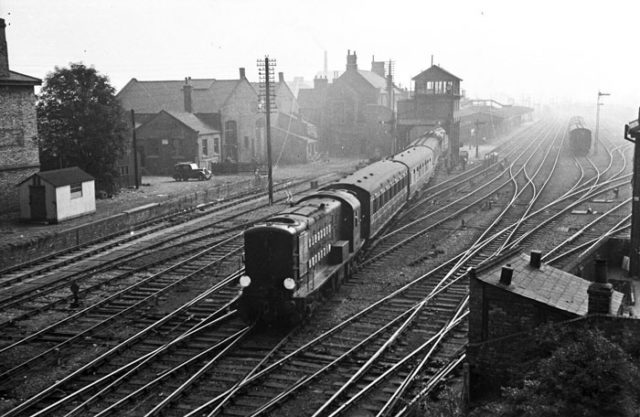 This unique locomotive was built by the North British Locomotive Society to a George Ivatt design and introduced in 1950, initially to work branch lines on the Southern Region.

The engine was purchased by Brush Traction in 1961 where it underwent various experiments as a potential AC powered locomotive but its dated control equipment soon rendered it worthy of little more than mothballing. In 1972, the engine and generator were removed to provide emergency power to the Brush Falcon Works during the miners strike and subsequent removal of parts ended with it being scrapped in 1976.