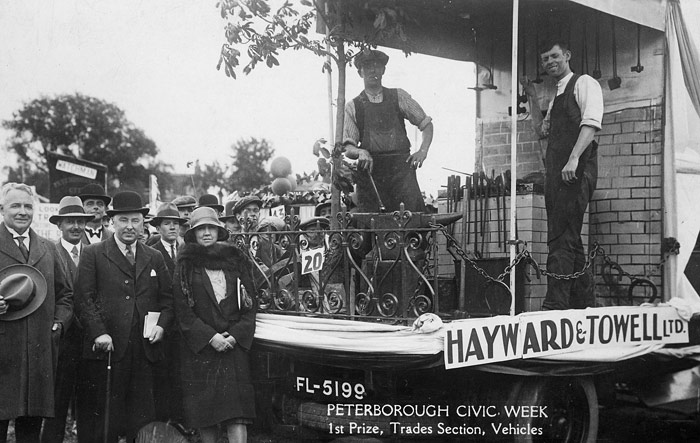 The image was kindly provided by Glyn and Cynthia Hall and Cynthia added, “We think this photograph was taken in the early 1920s. The person on the right of the stand is my father Alexander William Wilson who was born in 1903 and he looks to be about 20. He later ran the small works division of Hayward & Towell from a workshop at the bottom end of Lincoln Road until the firm was taken over early in 1960. My father lost his job as a result and died in 1968. Our family home was at 92 Huntly Grove and I lived there from 1935 when I was born until 1960 when I married and moved away from Peterborough”.