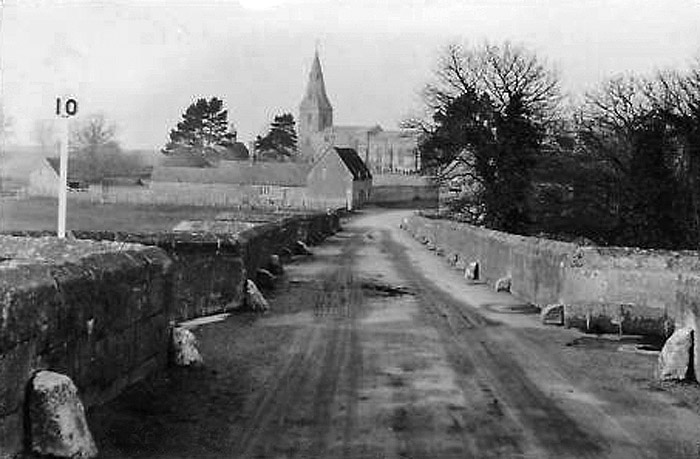 An early shot of Wansford Bridge from around 1910-1920 showing the 10mph limit sign on the left and the agricultural road surface ….. otherwise a scene that hasn’t changed a whole lot over the last 100 years.

There used to be an eight-arched wooden bridge on the site.  In 1221, a remission of 10 days penance was granted to anyone giving alms for its repair. After floods damaged it in 1571 it was replaced by a thirteen-arched stone bridge. Only the seven northernmost arches remain, the other six being replaced after about 100 years.  Further rebuilding in 1795 after more flood damage left a single span over the main stream, making navigation easier.

The one thing that always fascinates me about this bridge is that the road is no minor country track but the Great North Road as it was known in those days and now better known as the A1.

As traffic volumes started to make the bridge too much of a bottle neck on such a major North-South route, a new bridge was built and the A1 redirected along today’s route leaving Wansford and the bridge in relative peace !