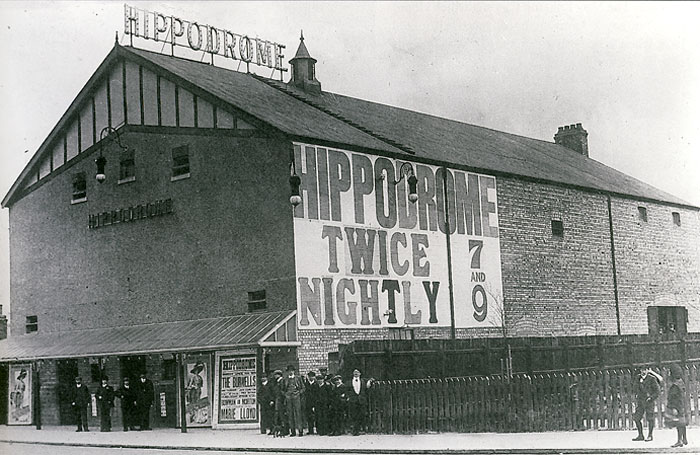 The imposing Hippodrome Theatre sat on Broadway just alongside where today’s Tesco supermarket is sited.

The theatre opened on 16th September 1907 and very quickly discovered the failings of having a tin roof when the weather was less than favourable ! The theatre was modified to accomodate cinematic film and was renamed The Palladium on 9th February 1922 and then The Palace on 8th December 1924.

The opening of The Embassy cinema on adjacent land in 1937 spelled the end for the theatre which closed on 24th November 1937 with its last films being Trouble In Morocco and Clarence. The Broadway Garage opened on the site in 1938 and operated through to 1979 before being levelled to make way for Tesco. 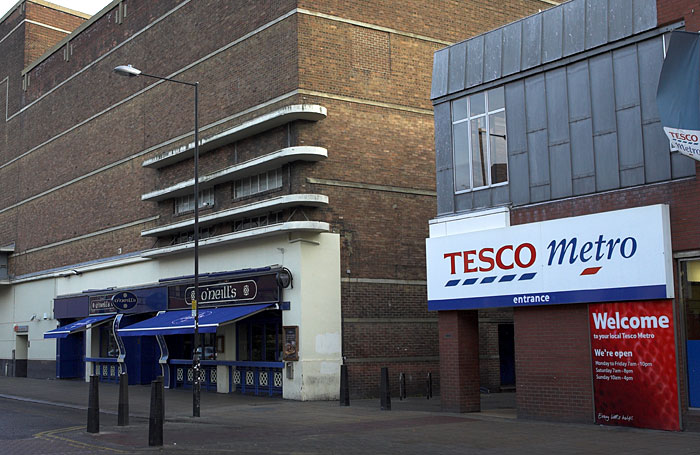