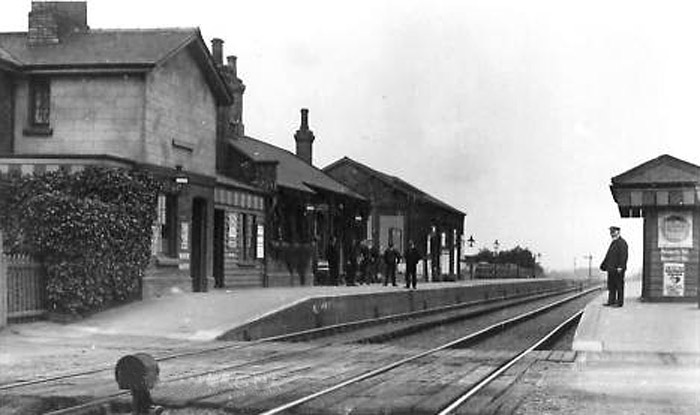 Waiting for the train at Holme Station in 1910.

The Great Northern Railway station at Holme was opened in 1850 and stopped functioning as a passenger station in April 1959. It remained active in support of a goods yard until October 1970 but has long since been demolished with no remains in evidence today …… other than the busy east coast mainline of course !