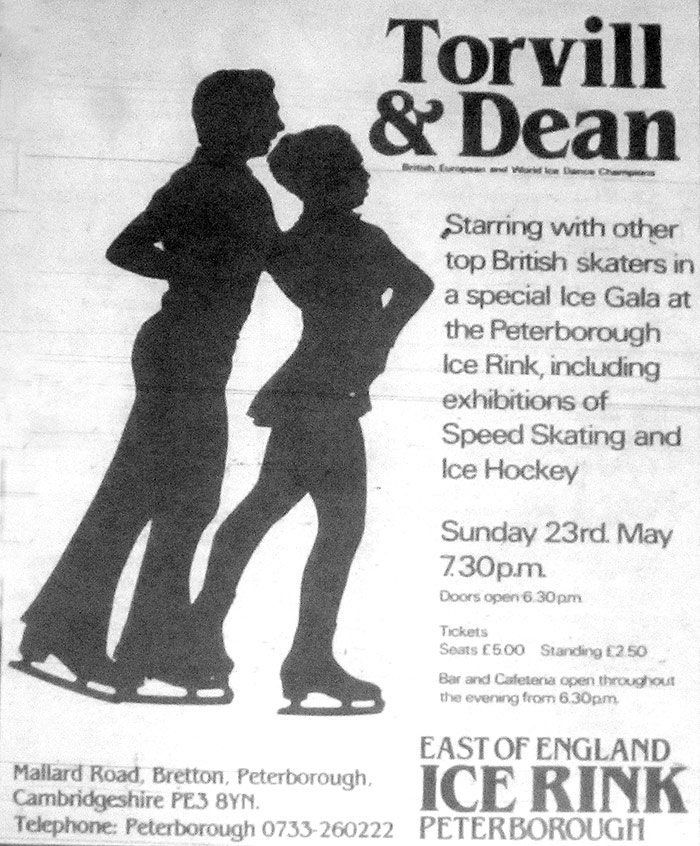 A newspaper advert for the official opening gala for the Bretton ice rink featuring Torvill and Dean who had been using the rink since its unofficial opening in November 1981 to develop their gold medal winning Bolero routine which was debuted at this show on 23rd May 1982.

The show also featured the first ever appearance of the Peterborough Pirates ice hockey team in a short two period fixture with Streatham.