A number of scenes for the James Bond movie “Goldeneye” were shot at the old British Sugar Corporation site off Oundle Road and on the Nene Valley Railway at or around the current Ferry Meadows station in 1995. The station is hiden behind the train in the top image.

The featured Russian armour-plated locomotive was actually an old British Rail Class 20 diesel #20188 which was transported up to the site on a low-loader and is now based at the Mid Hants Railway. 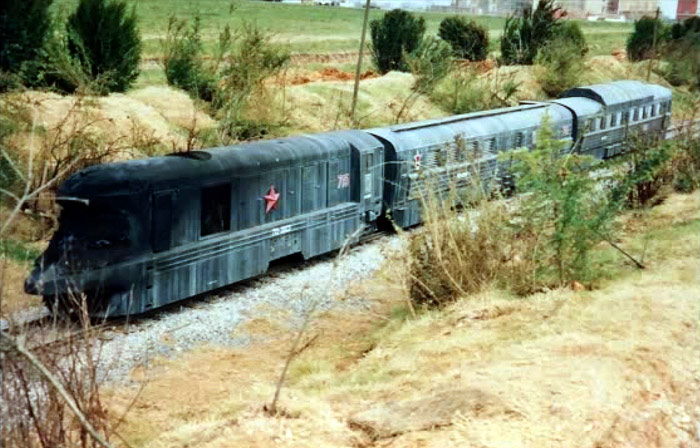