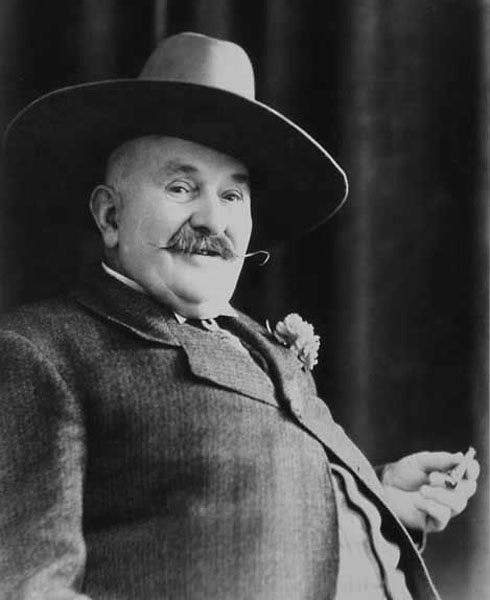 Peakirk born James Arthur Lewin would have been a well known name in Peterborough from the 1890s through to his death in 1942, not as James Lewin but as “The Rock King”, the man who sold vast quantities of rock, nougat and sweetmeats from his stall on Westgate.

Born to a Peakirk based shoemaker in 1868, James worked the local land before joining a local “sugar boiling” business from where he branched out to make his own confectionary at the princely age of 19. Aside from manning his stall in Westgate, he toured all across the eastern counties selling his wares at markets where he became immensely popular with the local kids who would rush to his stall on arrival because of his reknowned generosity in giving away sweets to the young ones !

The “Rock King” was a larger than life character not just in his stature but by virtue of wearing a large stetson hat always supported by a pink carnation buttonhole.

When not out on tour, he lived on Garton End Road for many years before moving to Daisy House on Brook Street. He died in January 1942 just after celebrating his Golden Wedding Anniversary with his Glapthorn born wife Elizabeth with whom he had ten children. His son, James Arthur Jnr, continued the business from his home at Mead Close, Walton until 1951 before choosing Peter Brotherhoods as his preferred source of income !

The locations for these images are unknown but are likely to be a mix of Peterborough and the Lynn Mart at Kings Lynn where he was also very popular and still remembered today. 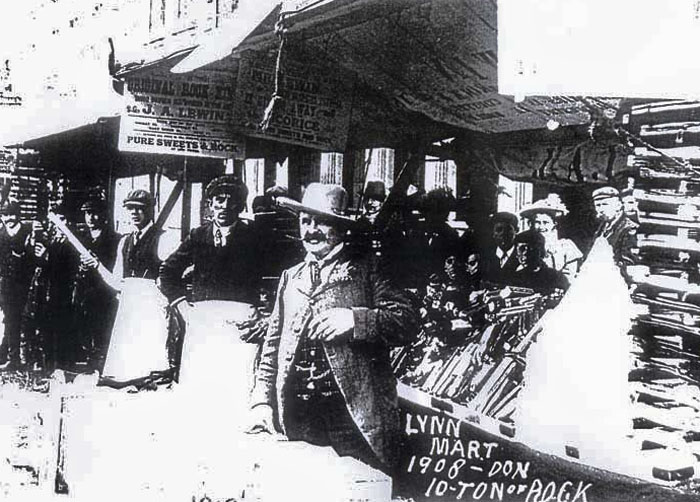 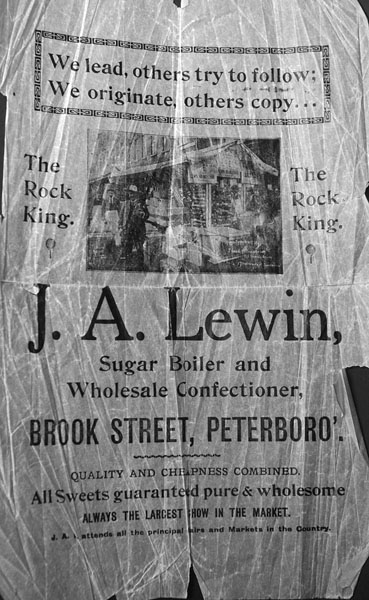 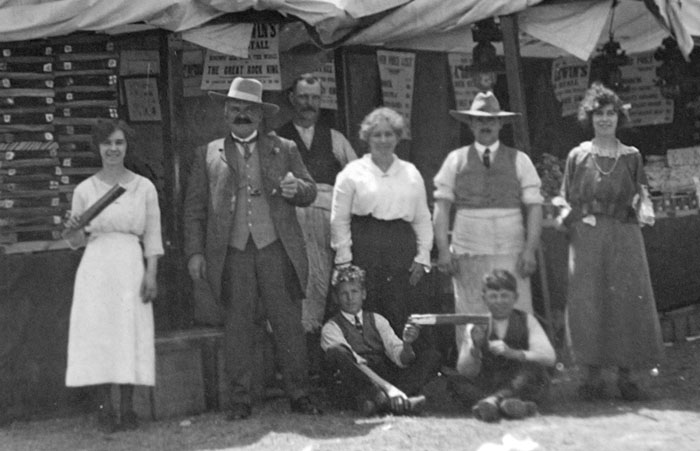 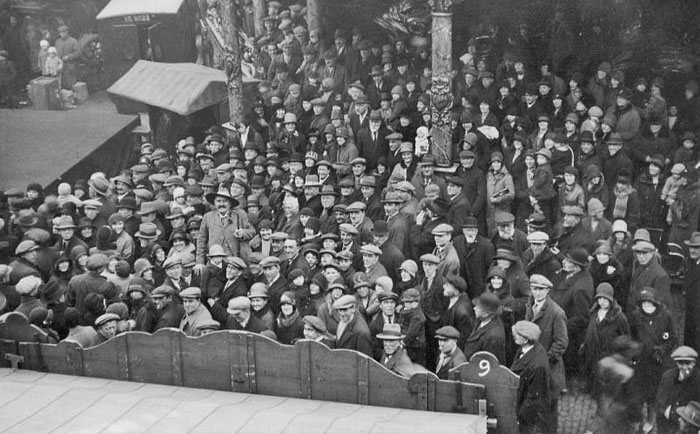 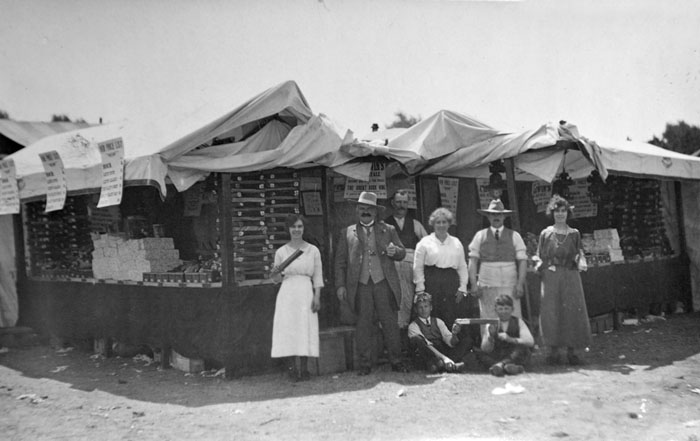 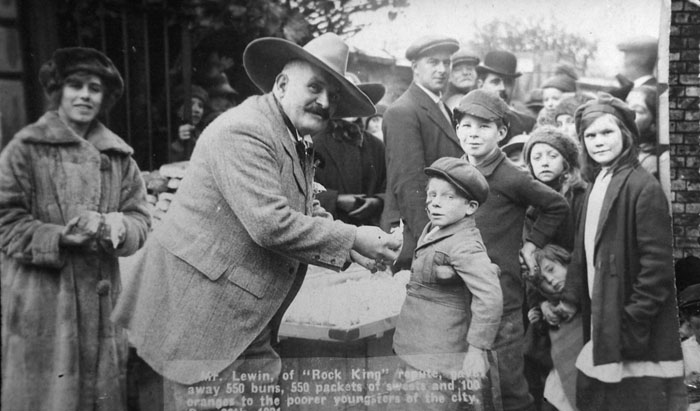