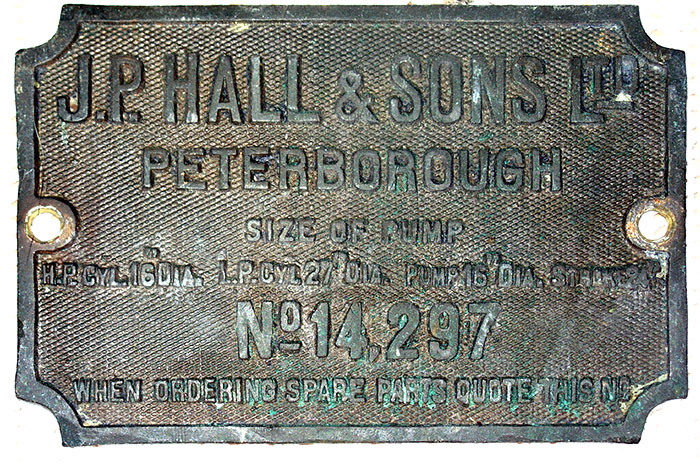 John Percy Hall was born at Walker-on-Tyne on 10th December 1846. He served his apprenticeship on the Tyne, after which he went into the drawing office of the Wallsend Slipway and Engineering Co., Ltd., rapidly becoming chief draughtsman and shortly afterwards, about 1876, manager.

In 1881 he left Wallsend to take charge of the Engine Works of Palmer’s Shipbuilding and Iron Co., Ltd., where he was largely concerned in the development of the triple-expansion engine.

Eight years later he left Jarrow to take up the post of managing director of John Penn and Sons, Ltd., Greenwich. While at Jarrow and Greenwich he had the control of the design and construction of many war-vessels, ranging from battleships to destroyers and scouts.

In 1899 he founded the firm of J. P. Hall and Sons, Ltd., on London Road, Peterborough, for the construction of direct-acting pumps of his own design, which have become very well-known. In 1962, WH Allen, Sons and Co acquired most of the shares in J. P. Hall and Sons and in 1963, a fall in demand for Hall’s products resulted in the business being amalgamated with Allen’s Pershore division.