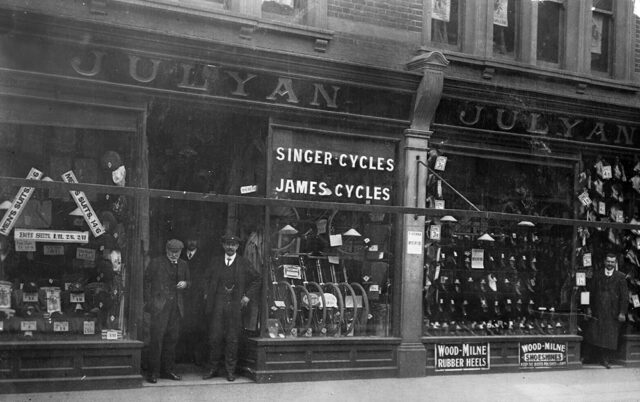 George’s father first sold bikes in Peterborough as far back as the 1870s and was the first to sell the “boneshaker” in the city ….. a very early bicycle with wooden wheels, iron tyres and a framework of wrought iron. As the name implies it was extremely uncomfortable !

George, an early member of the Peterborough Cycling Club, died in 1949 while working at his repair shop at the age of 75.