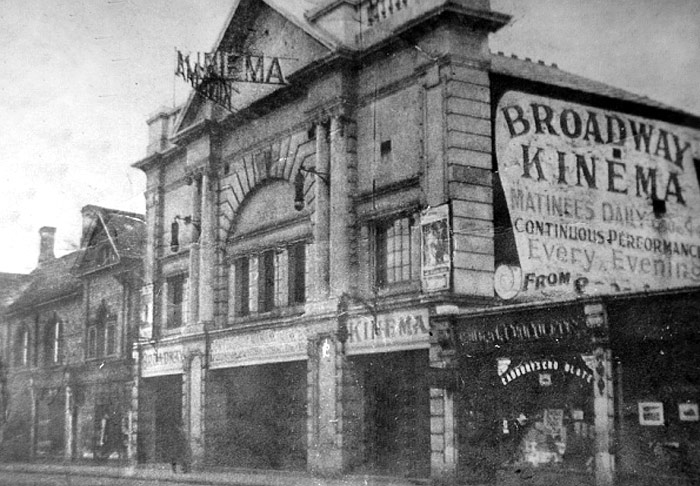 The 700 seat Broadway Theatre opened in December 1910 before being extended to 1000 seats in 1912 after which it was renamed the Broadway Kinema in 1913. The Kinema showed its first “talkie” in September 1929 when the Movietone Follies headlined.

In November 1961, the Kinema became the Gaumont and two years later hosted the final movies to be shown at the venue – It’s All Happening and Watch It Sailor !   After a further two decades as a bingo hall, the old theatre building was demolished in late 1983.