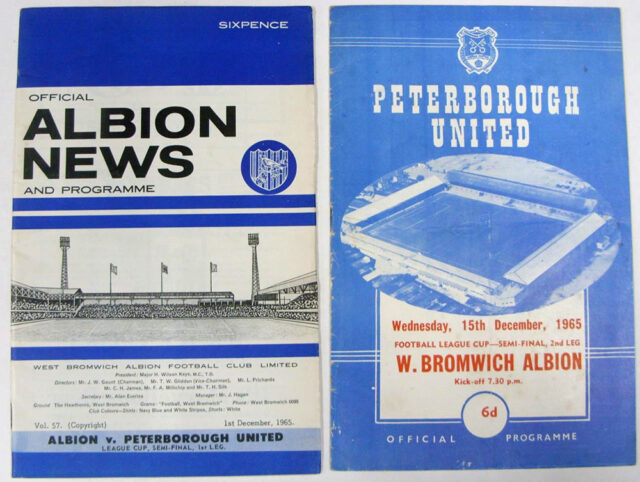 The two programmes covering the 1965 League Cup Semi-Final between WBA and POSH. WBA won the first game 2-1 but then came to London Road and won 4-2 to take the tie 6-3 on aggregate.

The final at this time was not played at Wembley but on home grounds over two legs which saw WBA defeat West Ham 5-3 on aggregate.