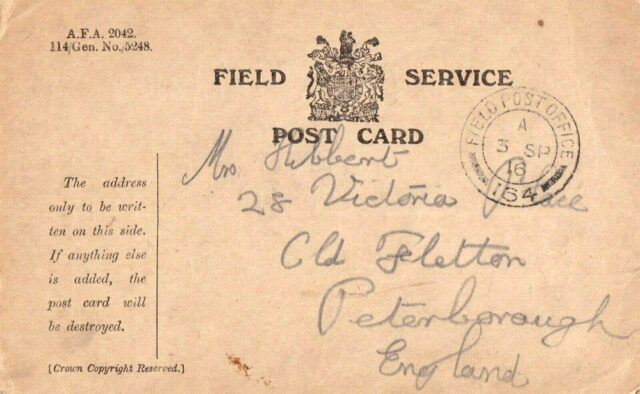 A 1916 Great War “Field Service Card” delivering the brief and stark message ….. “I am quite well” !

The card was sent by 17 year old Jack Hibbert to his mother Florence Hibbert at the family home at 28 Victoria Place, Old Fletton. Jack survived the war and returned home to join his father working in the local brickpits.

Tragically, having survived the Western Front horrors, Jack was killed in 1924 while working at his local brickyard. He was electrocuted after unplugging a lamp that had not been correctly earthed and despite two hours of resuscitation efforts on site, he lost his life. 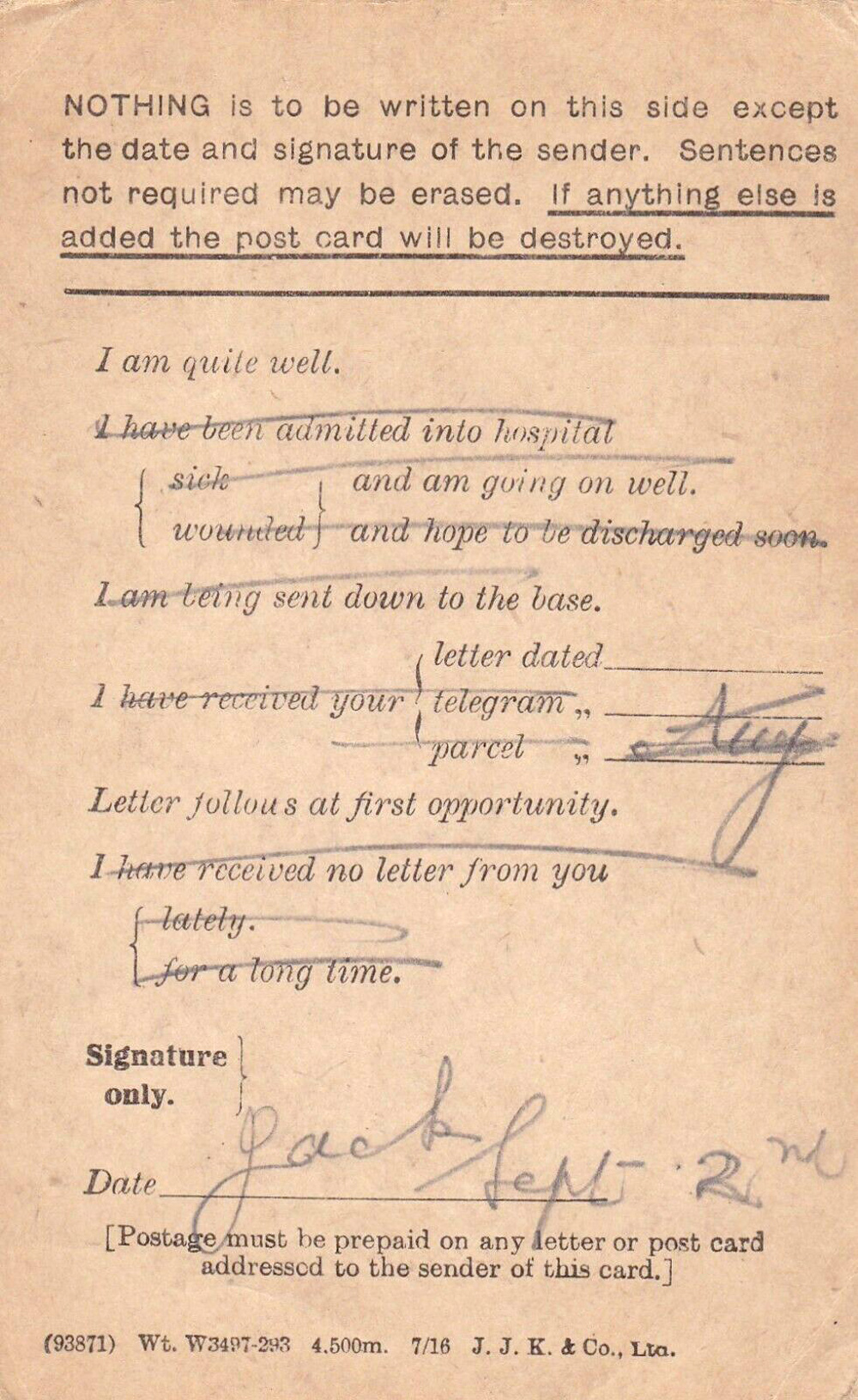