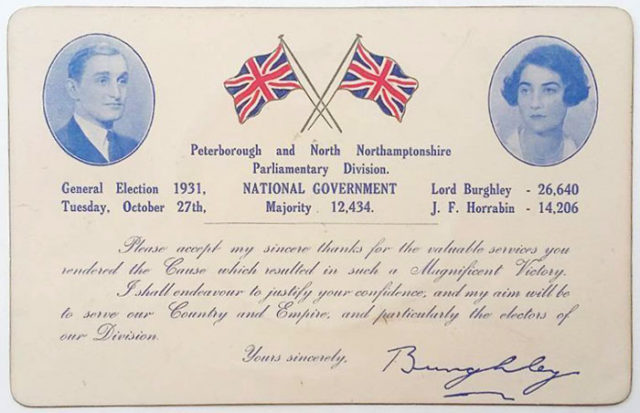 A thank you card from Stamford born Lord Burghley, also known as David Burghley but actually born in 1905 as David Cecil, after his 1931 General Election victory which he secured with 65.2% of the vote.

Lord Burghley was a top international athlete who took time out from his position as the city’s MP to prepare for and compete in the 1932 Olympic Games. After being elected in 1931, he served as Peterborough’s MP through to 1943.