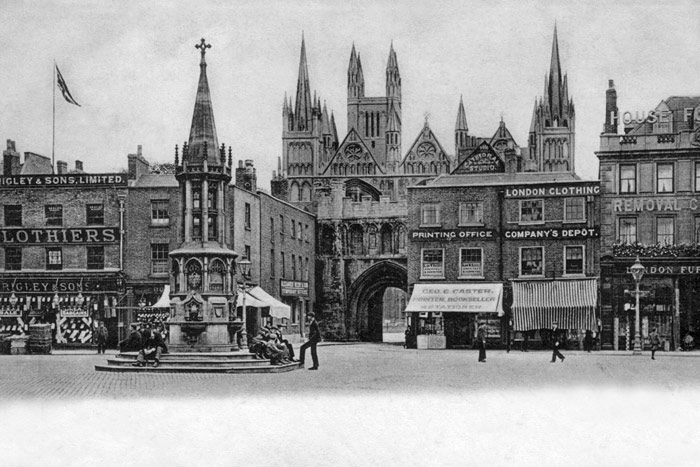 At the base of the memorial were four granite basins and taps for public refreshment. In 1963 the memorial, minus its base, was relocated to its current home in Bishops Gardens and Market Square was re-christened Cathedral Square.

The Printing Office in the background was where the Peterborough Advertiser was founded and first produced in 1854. 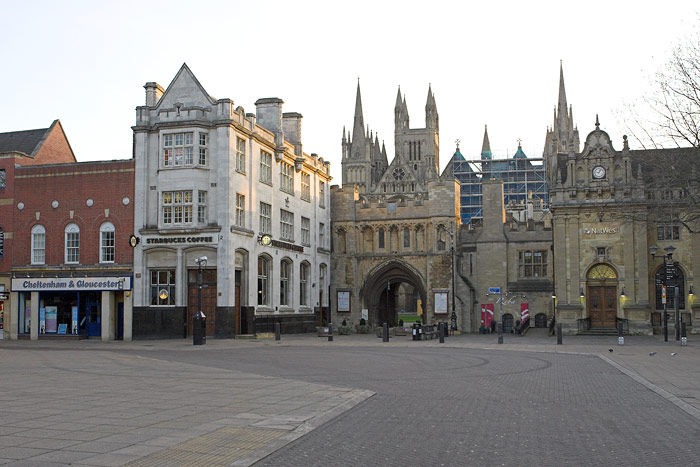