Looking out along what is now Mowbray Road in Bretton towards Marholm but predating the crematorium which would be on the right just beyond the trees in the foreground. The image below shows an aerial shot of the location in 2012.

Marcus Thompson adds, “the wooden posts either side of the road show where the road crossed what was known as ‘The Old Brook’. Bretton was built around this brook, its course meandering between Watergall and Outfield, but it used to become stagnant in the summer months and was eventually filled in but its course can still be seen via Google Earth.  Just west of the original path and north of Bretton Way is the estate road named Oldbrook – presumably in its honour !” 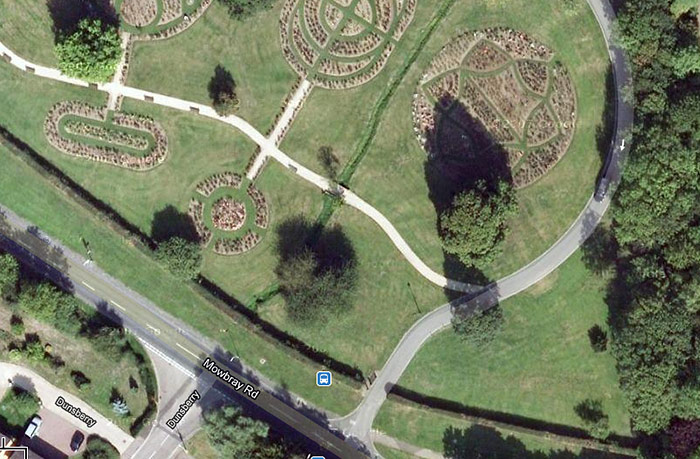