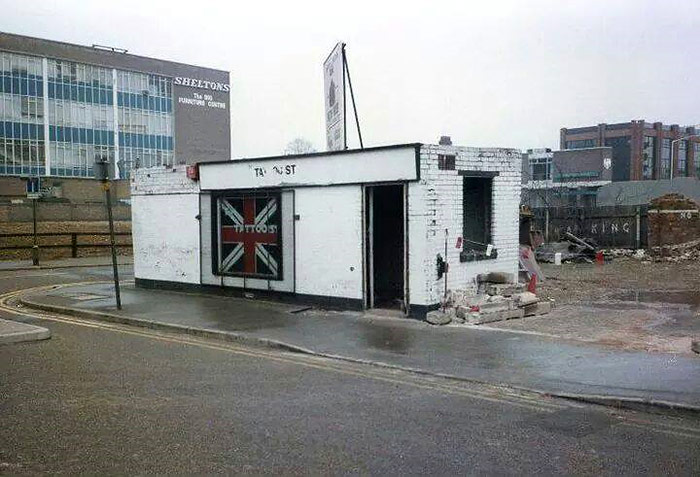 A seemingly insignificant little building around the back of today’s library at 9 Fitzwilliam Street near the junction with Park Road. It was occupied in the 1960s by George Treutlein who ran his joke shop there and was then taken over by Cooke’s Music of Westgate who ran it as Musicians Paradise in the 1970s. It looks like it became a tattoo parlour after that !

Thanks to Chris Smalley and Chris Allen for the photo.