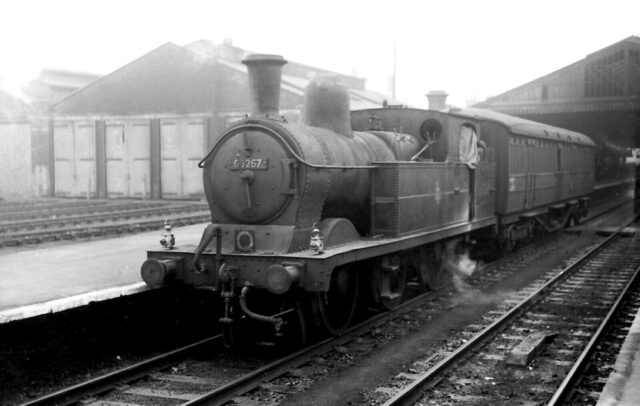 Originally built in 1893 and substantially modified in 1932, the engine was initially based in Wales before working the Tyne Docks and then moving to New England in 1958 where it worked for just over a year before being withdrawn early in 1960.