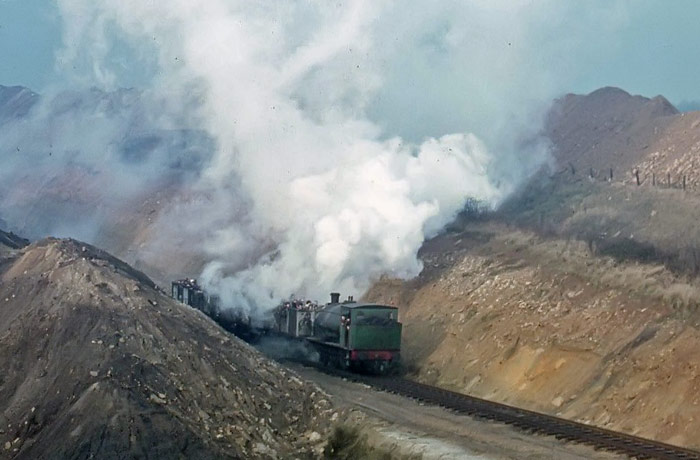 Allan Sibley adds, “The photograph of the train of railway enthusiasts at Nassington Quarry was taken on 1st December 1970 shortly before the end of ironstone production.  The visit was organised by the Locomotive Club of Great Britain, of which I was then a member and I am in the second wagon behind the locomotive, wreathed in steam.  The locomotive for the tour was ‘Jack’s Green’ which is currently at the Nene Valley Railway.”