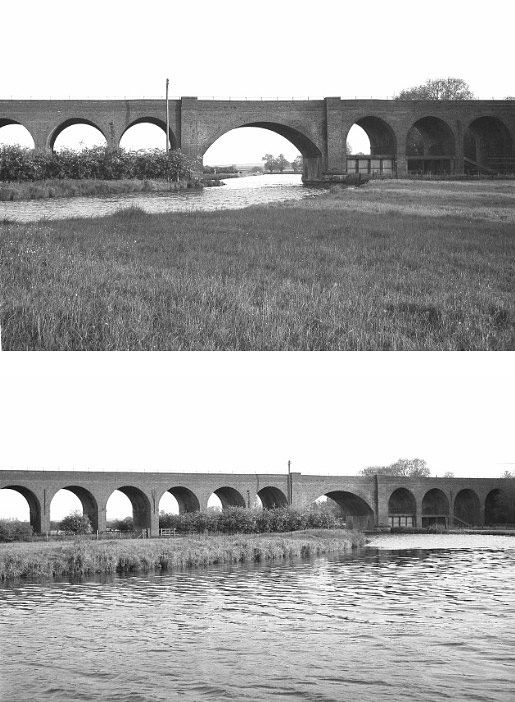 Two images showing the viaduct just north of Nassington in the mid 1970s and one newspaper image of its 1981 demise.

The last train on the Seaton to Wansford line was the one that lifted the long disused track in 1976 and by the end of the decade, British Rail had declared the viaduct to be in a dangerous state which hastened its demise in February 1981. The central span of the 15-arch viaduct was the first to go, with tons of masonry falling into the river which was closed for several days while the masonry was removed. 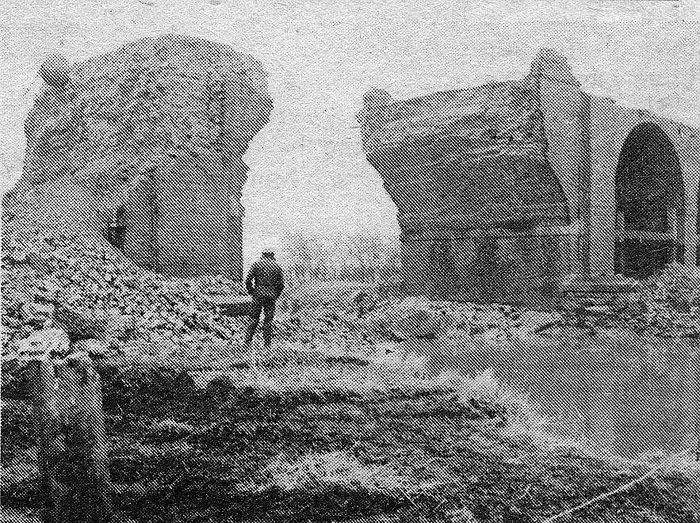