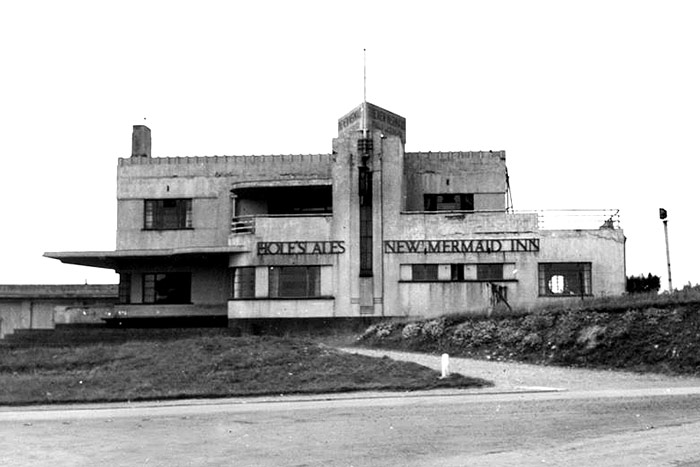 Two 1940s images showing the New Mermaid Inn on the Great North Road at Wansford which was very popular at the time with airmen from the USAAF base at Kings Cliffe.

The original “bauhaus” design of the building would have made it an architectural rarity (one of only five in the country) and undoubtedly a preserved building had it not been for destructive modernisations made to the largest of the curved corner windows by the Little Chef chain in its later life.

It opened in 1932 as “The Wansford Knight” before changing name in 1936 to replace the (Olde) Mermaid Inn which previously sat at the main crossroads in the village. Although Little Chef’s ownership removed the chance of gaining preserved status, the restaurant kept the building alive until 2007 after which the building was vandalised and seemed doomed for imminent extinction.

After being up for sale since 2011, the building was eventually purchased by architects Harris McCormack who aim to turn it into the firm’s new ‘showcase’ headquarters. The essential fabric of the 1932 Bauhaus-inspired building will stay, but with some new exterior flourishes. These will include a glass walkway at the back and new Art Deco style windows replacing the bay ones at the front.

The company recently stated, ‘the plan is to return this iconic building to its former glory, The graffiti will all be gone and hopefully, it won’t be back. We’ve had to overcome quite a lot of problems such as dry rot inside, but now that’s sorted out, in the next few months it should be really transformed. Our intention is that it will really stand out.’ 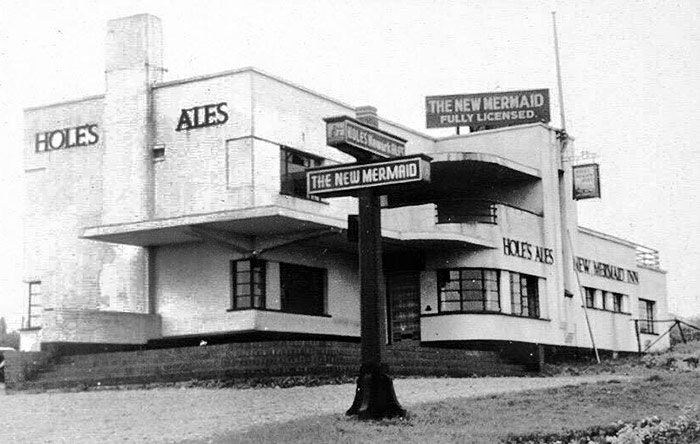