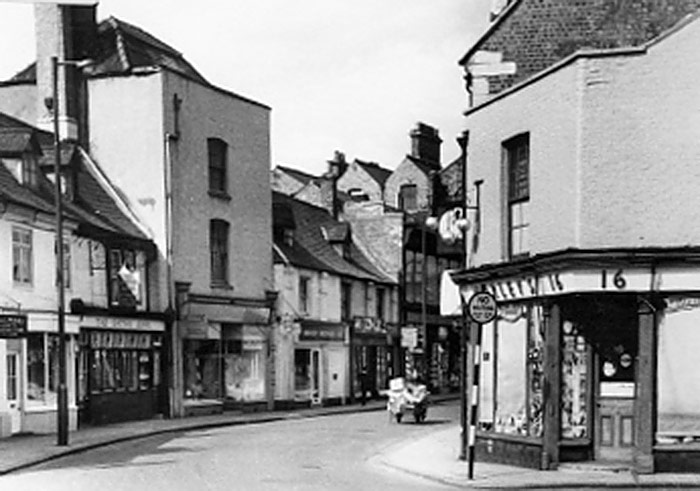 Looking back up Midgate from the point it becomes New Road with Swans Place heading off to the immediate right. Fredrick Morley and Co Ltd are on the corner, at number 16 Midgate. They were an outfitters and pawnbroker. The sign for the Swan Public House can be seen behind the pawnbroker sign on Morley’s. On the other side of the road is Bullman’s Gents Hairdresser, the Smiths Arms (a Steward and Patterson pub), A & W Foulis Ltd. (children’s outfitters) and then Manders Paints Ltd.