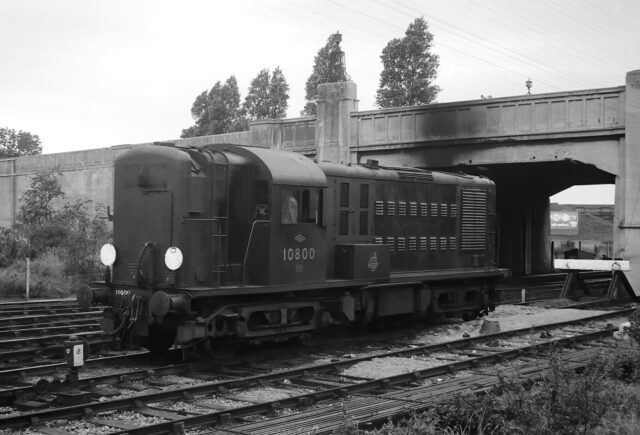 The one and only North British Locomotive Company (Glasgow) built diesel locomotive #10800 that took to the rails in 1948 as a potential early replacement for steam engines on branch line routes.

#10800 proved unreliable from the start and although the long “nose” gave similar driver line-views to any steam loco, it certainly offered nothing better.
Often referred to on its home patch in the South East as the “Wonder Engine” but it transpired that this was derived from the oft-used question ‘I wonder if it will go today’ ! In 1955, the loco was moved to Rugby shed where it subsequently worked trains through to Peterborough East ….. this image was captured near Town Bridge in September 1955.
#10800 was withdrawn from service in the late 1950s and was subsequently modified to provide further prototype experimental locomotives in the 1960s but none proved of any great value, leaving it to be dismantled in the early 1970s.