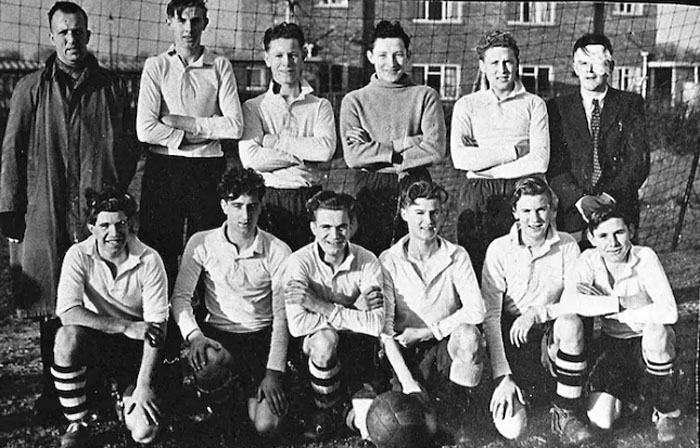 The North Ward football team pictured in December 1949 before there Junior League game with Newalls Juniors.

North Ward won 17 – 0, Parrott and Thurley both scored 6 goals. Fincham with a hat trick, Day and Snart scored the others.