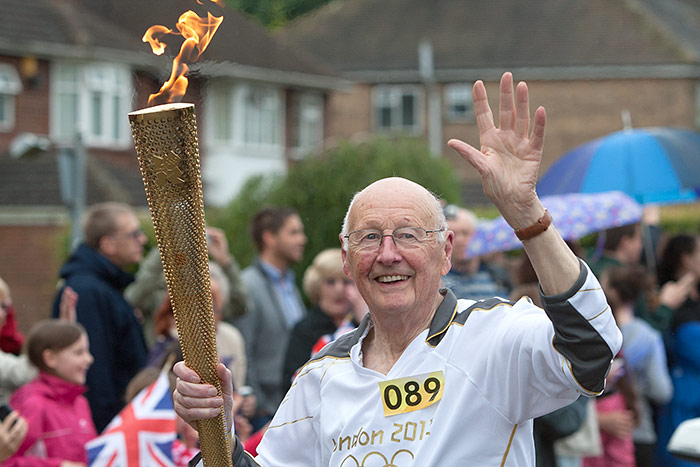 The 2012 Olympic Torch headed into Peterborough on 3rd July 2012. Here it is being carried from the Gordon Arms, along Oundle Road by 87 year old Peterborough Olympian John Peake.

John competed in the 1948 Olympic Games which was the first Games after World War II, with very little support or resource to support the team. John was a field hockey player who competed in the British field hockey team which won the silver medal. He played all five matches as a forward.