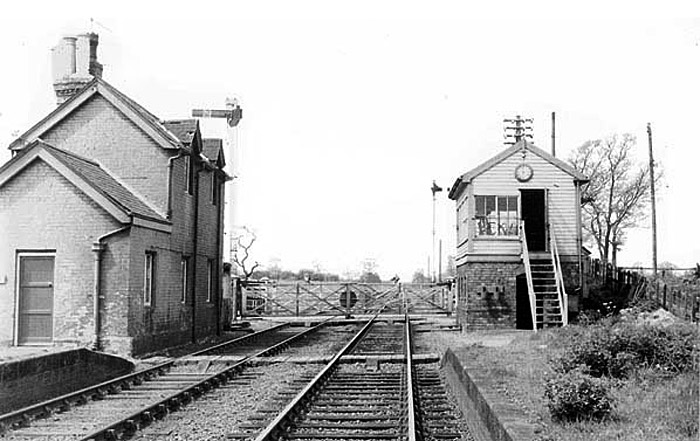 The station dated back to the 1840s when it was known as Overton – the name of Orton Waterville arrived in August 1913.

The station closed much earlier than most others on the line, ceasing passenger operations as early as 1942 although it continued to be used by railway workers until 1962 and for freight-only purposes until late 1964. Today, the Nene Valley Railway’s Ferry Meadows station sits just east of the site of the old station which was sited between today’s station and the Ham Lane crossing which also appears in this image.