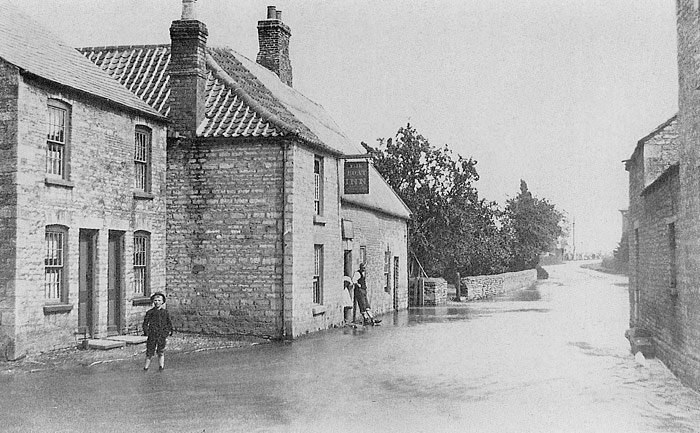 Another village to suffer from the infamous late August 1912 floods was Peakirk with the rather appropriately named Boat Inn on the left. The railway level crossing is in the very far distance on the right.

Peter Clifton adds “the photo shows a property that my parents purchased in, I think, 1951/52 which had been called the Boat Inn. The council in order to alter the road junction reached agreement with my parents and they had a new home built in the gardens and sadly the old home was pulled down. The old stone wall shown in your photo still stands today plus the outhouse of the old pub. The upper bedroom window was a dance hall during its pub days. My parents purchased the property so they could use it as kennels for their Cardigan Welsh Corgis”