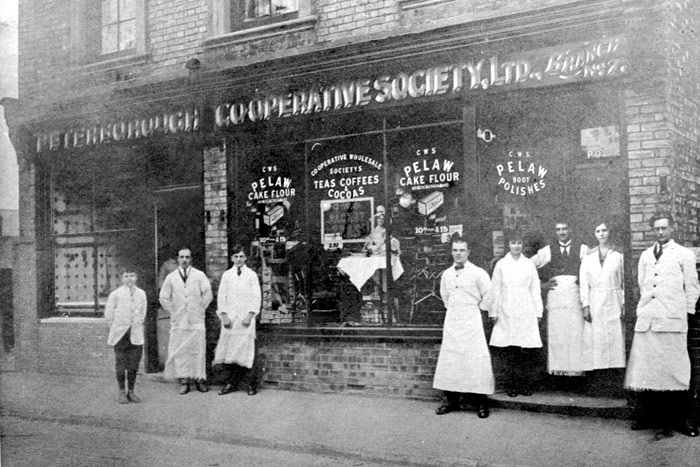 An early 1920s photo showing store no.7 of the Peterborough Co-Operative Society which was somewhere in Eastgate.

The society’s roots go back to 1876 when a travelling salesman from the north sold tea from a canvas covered area in the city. To help the widow of a local railwayman he gave five per cent of his takings to the widow, selling 1,400 lbs of tea that night and raising her £12. He also gave out coupons to his customers which they could exchange for gifts. His rival traders argued that this put him in breach of the Lottery Act and, although magistrates sentenced the man to two hours’ detention, his actions inspired the locals.

The very first meeting of the Peterborough Co-operative Society took place in his tent !!!