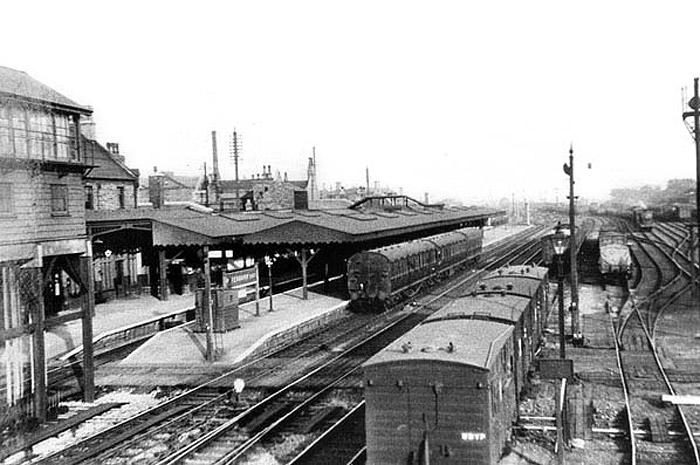 From the days when Peterborough had two very busy railway stations !

The station was opened as Peterborough with East being added on 1st July 1923. The station closed to freight traffic on 17th April 1966 and to passengers on 6th June 1966 but was retained as a parcels depot until 29th June 1970. It was reopened for parcels on 21st September 1970, finally closing on 23rd December 1970.