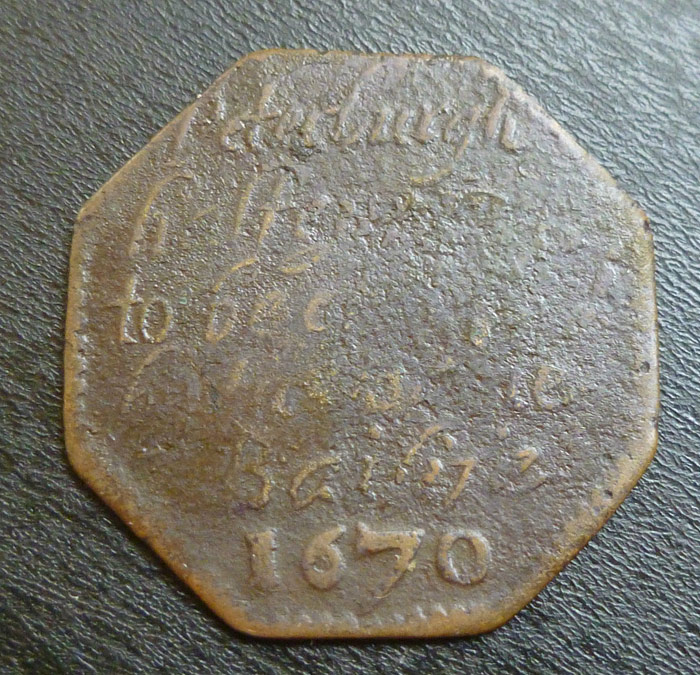 Trade tokens were issued in the 17th century, between 1648 and 1673, in response to a lack of low denomination coinage being produced by the crown. To ease the monetary situation, cities across the country began producing tokens to be used within the locality.

Tokens were issued by tradesmen for their business, and would also be accepted by other traders in the locality, as long as they knew the issuer and were assured that they would be able to redeem the value of the token. In a period when people often lived their entire lives within a relatively small area, this system would rely on the trust of the businesses in the neighbourhood. Tradesmen would keep a tray below their counter, where they would collect tokens from other issuers, and then redeem their collected value with the issuer.

Trade tokens were most commonly issued, as farthing, half penny, and penny denominations. Tokens were only issued as farthing tokens until 1656, when half penny tokens began to be brought in to circulation. With the silver half penny of the crown going out of use in 1661, this will have further increased the need for a half penny token, and it was at this time that it became a more common issue than the farthing. Penny tokens, were also issued by traders, most commonly by coffee-houses, the goods they sold being of a higher value than may be common elsewhere.

Half penny and penny tokens often had the denomination written on them, in text or numerically. Most commonly featured, was a triad of initials representing those of the issuer, and their wife (or sometimes son). On the 16th August 1672, a proclamation was made by the crown ordering the minting of trade tokens to cease, a further proclamation was issued in 1673, but it was only with the issue of a third proclamation in 1674, that the issue of trade tokens, finally ceased. 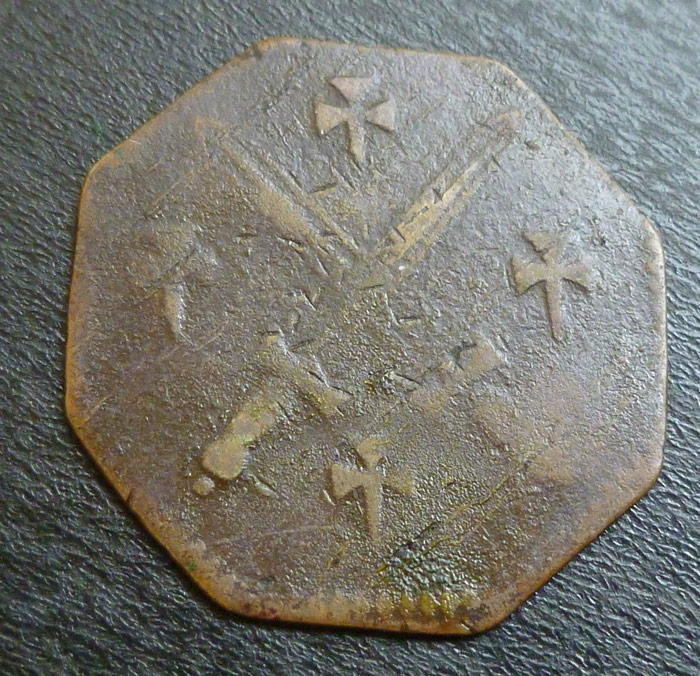